The Madonna and Child (after Van Dyck) 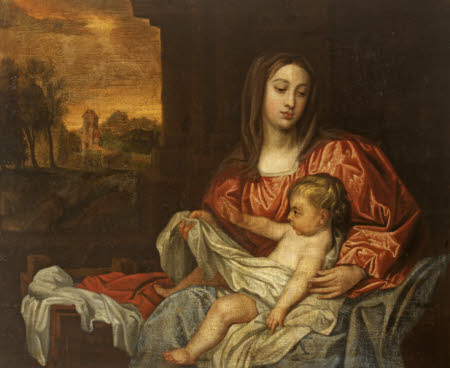 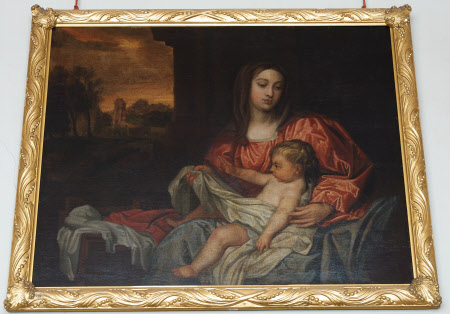 This is an adaptation of Van Dyck's The Abbé Scaglia adoring the Madonna and Child now in the National Gallery, London. In this picture the composition has been changed to a rectangular format, substituting a cradle for the figure of the Abbé, with a wall – not a curtain – behind, a landscape rather than sky in the left background, and rather than engaging the viewer, the Virgin here looks towards the Infant Christ. Although there is no record of Van Dyck's original having been in England prior to its sale in 1819, there are a number of indications that it -or a good copy of it- may have been in England. There is a version by Wissing himself, which supports the theory that this is by his studio. How this adaptation got to Lacock is also a mystery, but it must be presumed that it came through the Talbots, who were Catholic.

Oil painting on canvas, The Madonna and Child (after Van Dyck). Another version (also after Van Dyck) by Lely is in an American private collection.