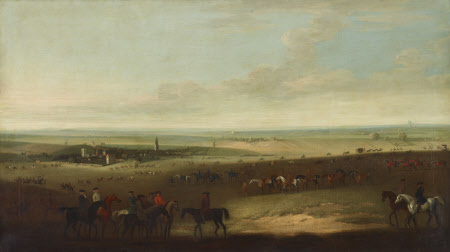 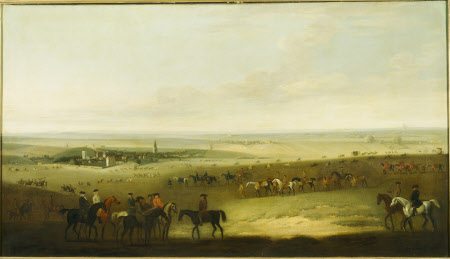 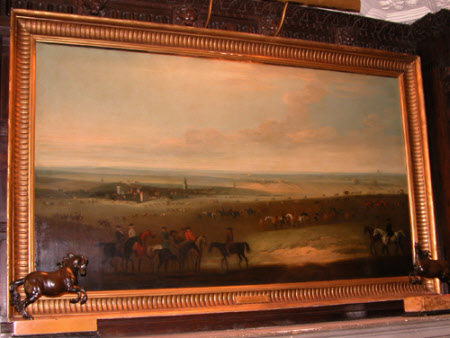 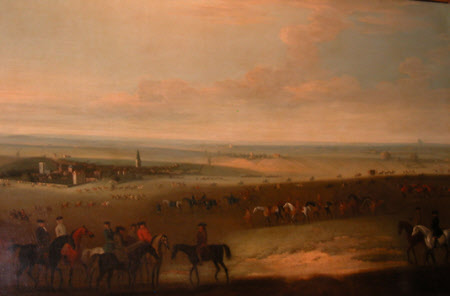 Oil painting on canvas, Horses exercising on Newmarket Heath, attributed to John Wootton (Snitterfield c.1682 – London 1765), circa 1750. A view of Warren Heath with race horses exercising on the heath, a group of equestrian figures in the foreground. Newmarket town on left, and on the horizon of the fenland landscape, Ely Cathedral, right. Label on frame 'Newmarket Heath circa 1750, J. Wootton, 1690-1765. Exhibited at the Exhibition of British Art at the Royal Academy 1934'.