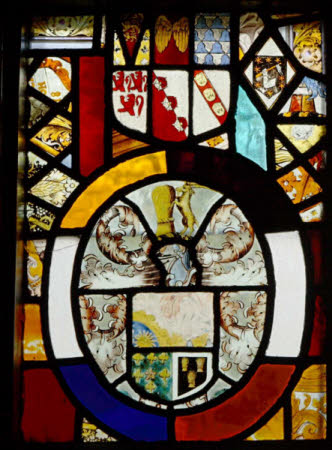 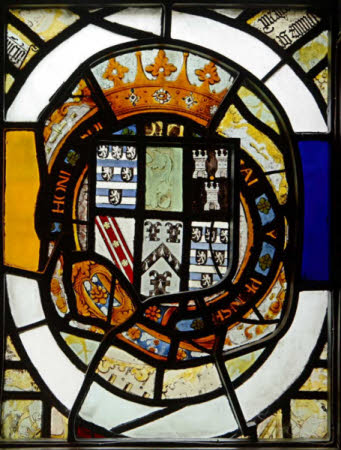 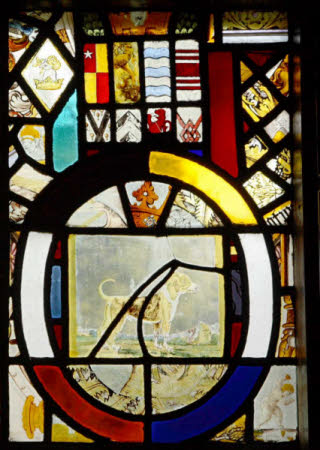 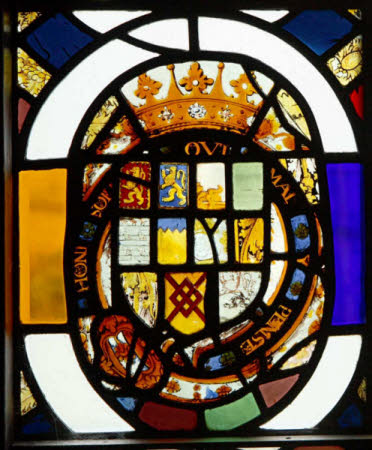 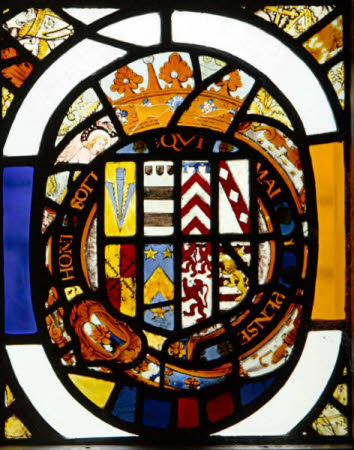 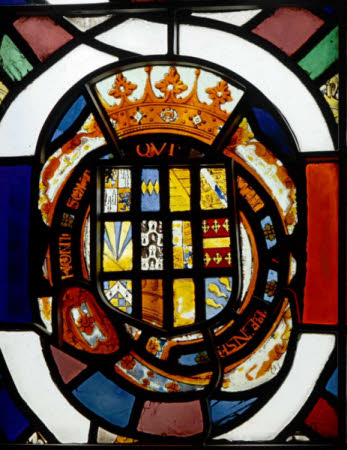 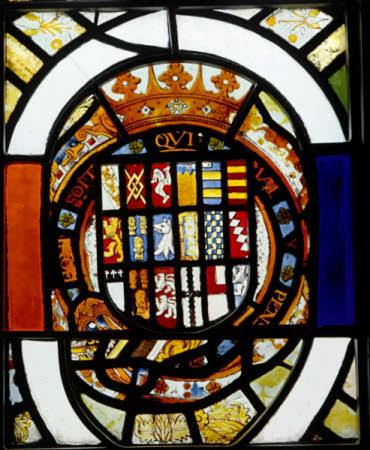 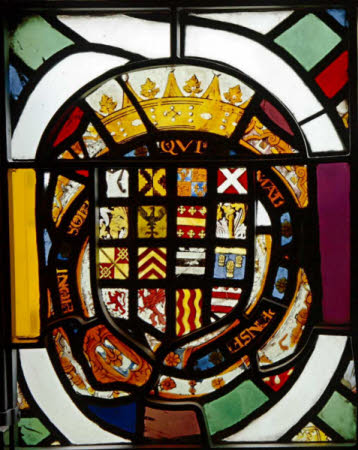 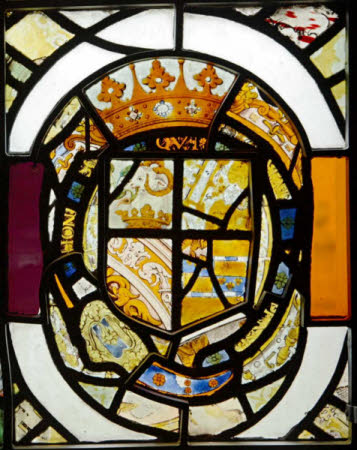 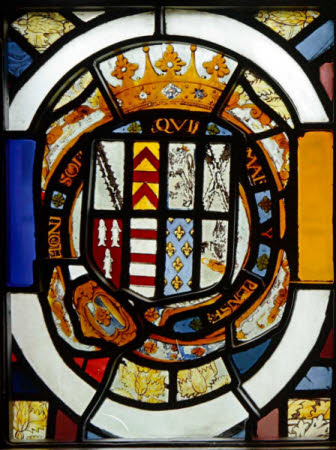 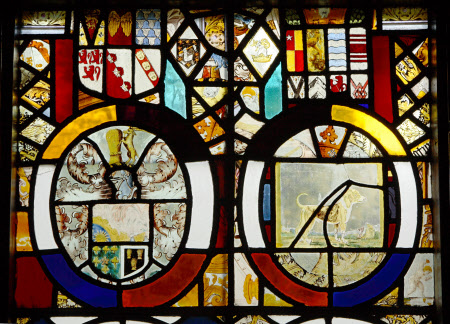 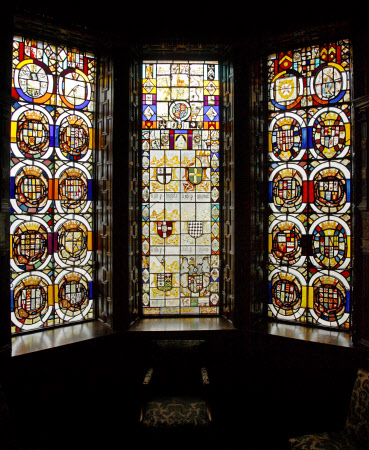 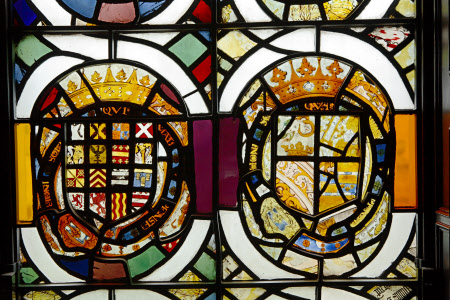 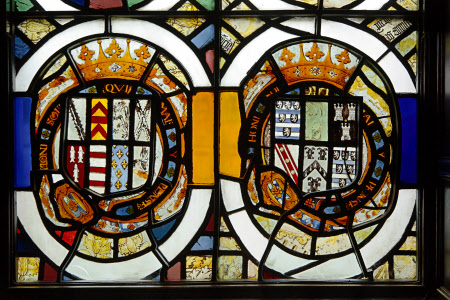 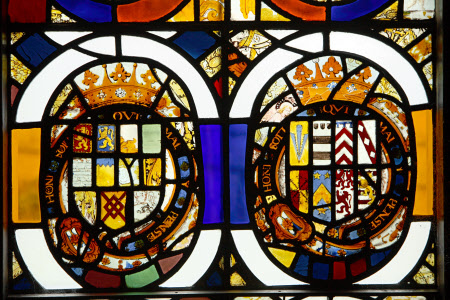 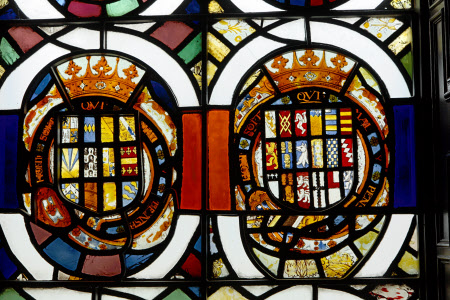 A panel of stained glass with two distinct sections; to the top the arms of Edward Seymour KG. Earl of Hereford and 1st Duke of Somerset (d. 1551), and below a composition of mutilated fragments within an oval surround. Bordered by mantling and surmounted by a Helmet, a blue and gold wreath and a golden long-horned goat rearing against a wheat sheaf. Infill of fragments.

The majority of stained glass at Lyme Park was originally made to be displayed in St Mary's Church, Disley. Some of this glass was removed in the early nineteenth century by Thomas Legh and re-housed in the Drawing Room and Porter's Lodge, probably during Wyatt's remodelling from 1814. Other fragments may be European in origin dating from a range of periods; It is thought that Thomas Legh probably collected these during his travels abroad.