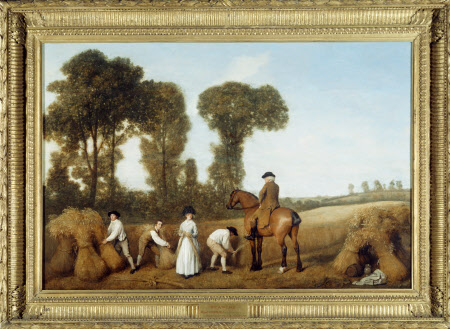 Oil and enamel on panel (oak)

Oil and enamel painting on oak panel, The Reapers, by George Stubbs RA (Liverpool 1724 – London 1806), Geo. Stubbs pinxit 1783. A park landscape and a cornfield where a farmer mounted on a bay cob stops to converse with the reapers. A girl stands facing the spectator, twisting two wisps of wheat ready to bind a sheaf which a man is holding; another man cuts the corn with a sickle, while a third stacks the sheaves, left.