An Old Man in Armour (in imitation of Titian) 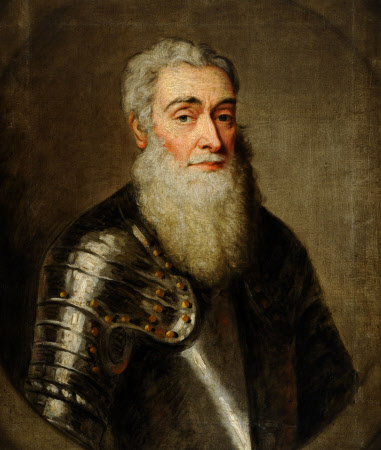 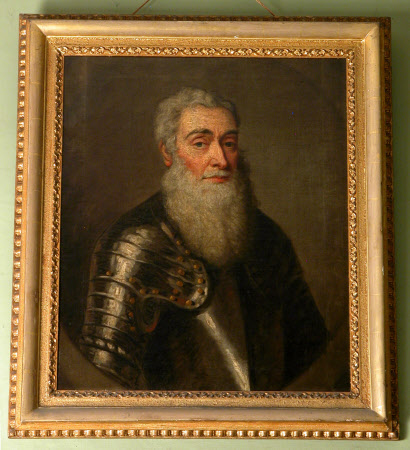 Oil painting on canvas, An Old Man in Armour, attributed to John Vanderbank the younger (London 1694 - London 1739), in imitation of Titian. A portrait of an old man, half length, dressed in armour. He is shown three-quarter view, within a painted oval. He has a long grey beard and grey hair. His armour is fastened with round-headed pins. Isabel Harpur Crewe thought this was Sir Henry Harpur, 1st Bt (d. 1638) whilst others believed it to be Sir John Harpur of Swarkestone. In fact it is likely to be mid eighteenth century painting; there was a fashion at the time to produce fancy pictures of bogus ancestors inspired by Old Masters.