An Evening Landscape with Mercury and Argus 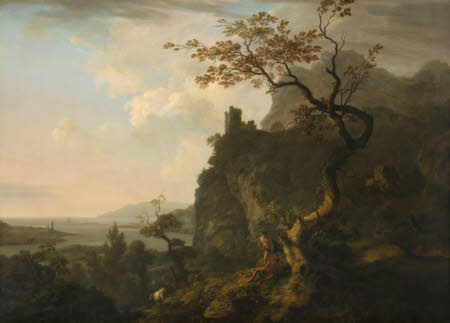 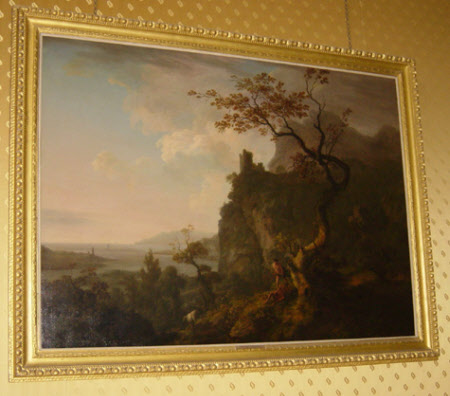 One of Jupiter’s many loves was Io, a princess of Argos. When this was discovered by his wife, Juno, she turned Io into a white heifer, and handed the animal over to the hundred-eyed giant, Argus, to guard. Mercury was sent by Jupiter to kill the giant, which he did after first lulling him to sleep with music. This landscape is an anglicised version of Salvator Rosa’s Italianate scenes.

Oil painting on canvas, An Evening landscape with Mercury and Argus by William Ashford (Birmingham 1746 – Sandy Mount, Dublin 1824), signed and dated, bottom left: W. Ashford 1777. Pendant to NT 207791, but more Salvator Rosa-ish in inspiration. Mercury was sent to Jupiter to lull the hundred-eyed Argus to sleep with his piping, so that he could cut off the beast's head and release Jupiter's beloved Io. Jupiter had transformed Io into a cow in the vain hope of sheltering her from the jealous anger of his wife, Juno.