The Good Samaritan paying the Host; Moses with the Tablets of the Law 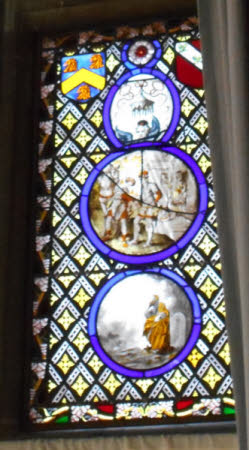 A stained glass panel. It contains a fragment of a head and two Flemish roundels depicting: The Good Samaritan paying the Host and Moses with the Tablets of the Law. It includes the arms of Windham and Hervey, Victorian, which are both set in Victorian diaper fields.