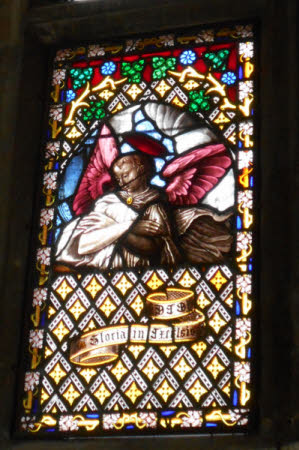 A French stained glass panel from the sixteenth century. It has a fragment of an Angel and a banner 'Gloria in Excelsis Deo', which is set in Victorian diaper fields.