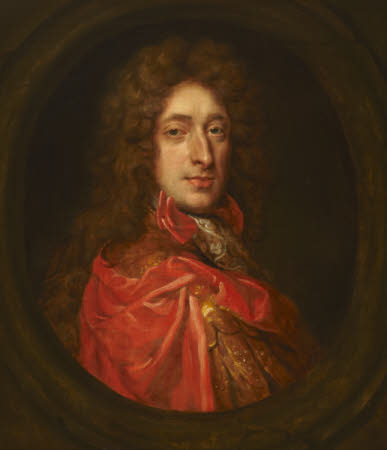 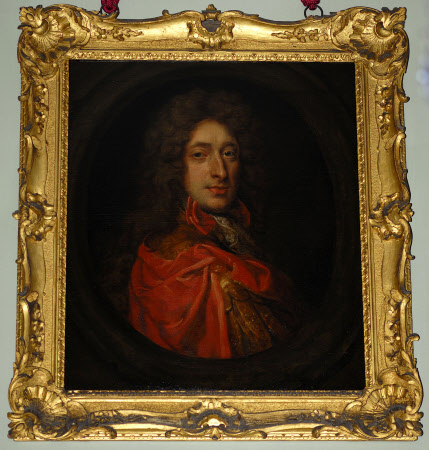 Oil painting on canvas, Sir Henry Fetherston, 2nd Bt. (1654-1746), attributed to Simon Dubois (Antwerp 1632 - London 1708). A painted oval head-and-shoulders portrait, to right, wearing a red cloak and cravat. The sitter was the eldest son of Sir Heneage Fetherston. Either he or his father bought the manor of Blakesware, Herts., which he sold in order to qualify for Sheriff of Essex, 1713/14. He married Anna Williamson (1689/90 - aet. 20), daughter and heiress of a London merchant with a reputed fortune of £400,000. He died without children and left the bulk of his fortune to his Northumbrian kinsman, Matthew Fetherstonhaugh on the condition that he should live in the South of England and buy himself a baronetcy. Thus began the connection of this Northumbrian family with Uppark.

by inheritance and descent, until accepted in lieu of tax on the death of Admiral the Hon. Sir Herbert Meade-Fetherstonhaugh (1875-1964) in 1965, and transferred to the National Trust by HM Treasury, September 1990.