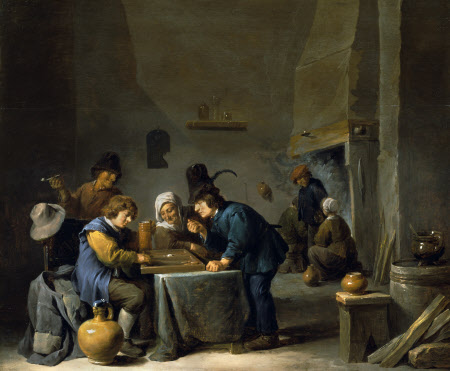 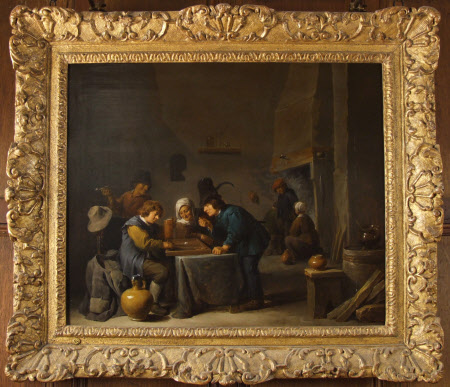 The tavern scenes of this Flemish artist frequently centre on figures gambling on games of chance. This example captures a moment before the roll of the dice in a game of tric-trac which is played on a board similar to that used for backgammon.These pictures emerged from a tradition that explicitly moralised on the blind and vicious character of gamblers yet the atmosphere here is generally relaxed and good humoured. If the party has a buffoon it is the standing character in blue who displays a greater animation than the other figures and an absurd feather in his hat.

Oil painting on panel, The Tric-Trac Players by David Teniers the younger (Antwerp 1610 - Brussels 1690), c.1640. In the foreground two young peasants are playing tric-trac at a table covered with a green cloth, while a peasant woman who is seated, and a man, look on; in the background a man with his back to the fire is conversing with a woman; on the ground are various objects including a large tub and barrel.