A Landscape with a Herdsman and Bull 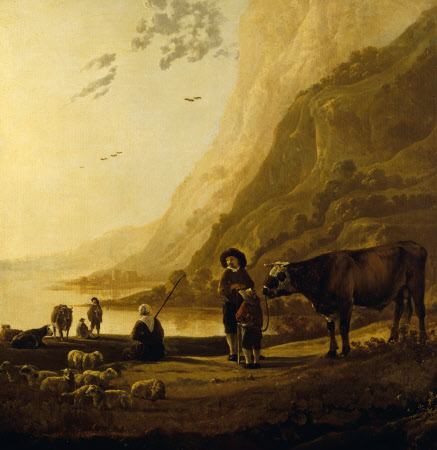 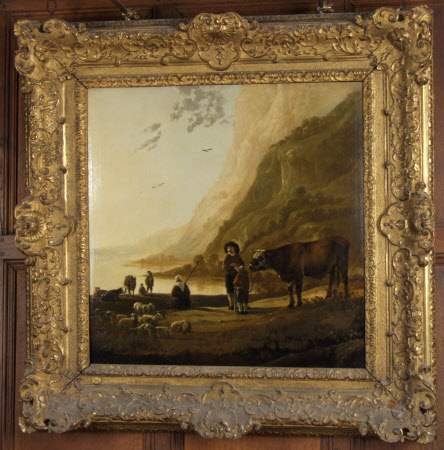 Oil painting on panel, A Landscape with a Herdsman and Bull by Aelbert Cuyp (Dordrecht 1620 – Dordrecht 1691), 1650-1659. 'A landscape with a flock of nine sheep, a shepherdess sitting on a bank, and a man and a boy standing together; the latter appears to hold a cord attached to dark red bull. In the second distance there are cows and two men on the bank of a river, which is bounded by a chain of lofty mountains.

Smith 1829-42 John Smith, A Catalogue Raisonné of the Works of the Most Eminent Dutch, Flemish, and French Painters, 8 vols and supplement, London, 1829-42