A Bay with Camels in the foreground 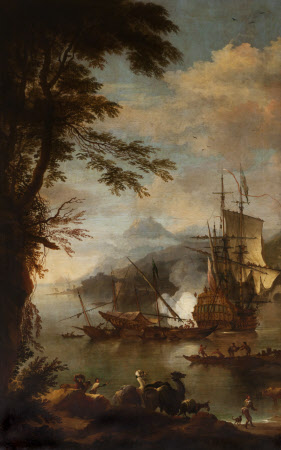 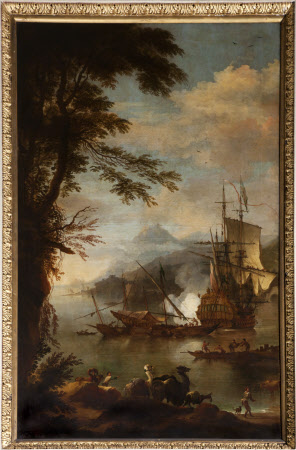 Oil painting on canvas, A Bay with Camels in the foreground by Adriaen van Diest (c.1656 - 1704), signed in red, on rock in front of drover, bottom left: AVDiest [AVD in monogram], circa 1672 - 1704. Bay scene with camels in the foreground and a Man-o'-War firing a salute beyond. A pupil of his father, the marine painter Willem van Diest, Adriaen came to England in 1672 and worked for John Granville, Earl of Bath. he specialised in seascapes and landscape, often of a decorative nature, but also etched some of his own designs. It is very possible that this picture and another (KED/P/198) came from the old house.