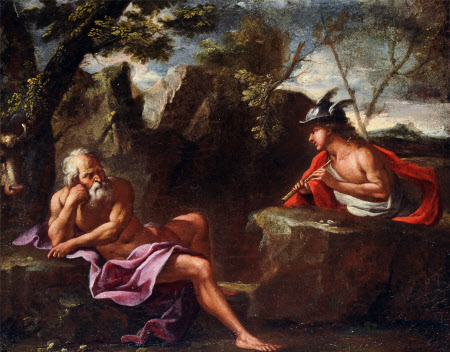 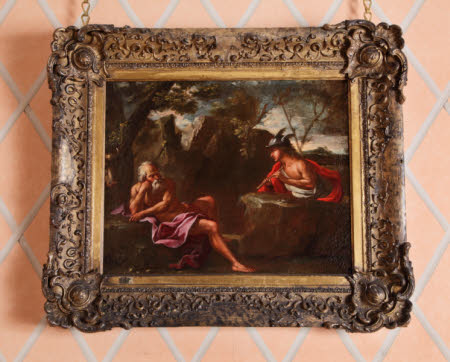 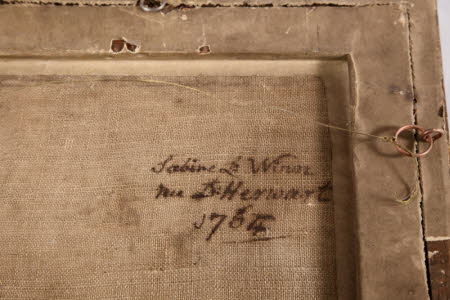 Oil painting on canvas, Mercury and Argus, circle of Pier Francesco Mola (Coldrerio 1612 – Rome 1666), late 17th century. The red-and-white draped figure of Mercury, winged hat on head, sits poised to play his pipe. A bearded old man, Argus reclines on the left, with Io, transformed into a white heifer cow, to the far left. Io was a princess from Argos, whom Juno was jealous of because she was loved by Jupiter.

Brockwell 1915 Maurice Walter Brockwell, Catalogue of the Pictures and Other Works of Art in the Collection of Lord St Oswald at Nostell Priory, London 1915, no. 144