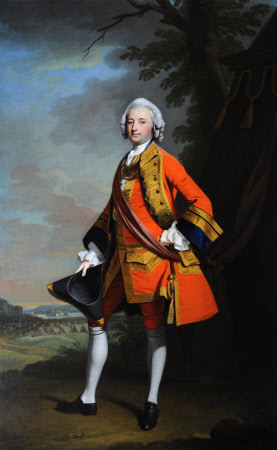 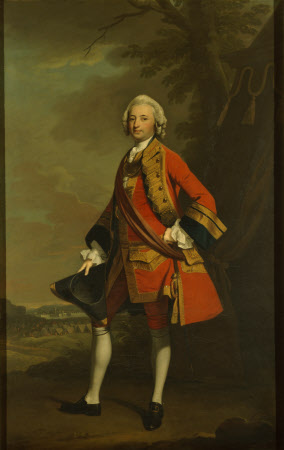 Oil painting on canvas, Colonel Edmund Winn (1709 – 1763) by Henry Pickering (fl.1740 – Manchester 1771), signed and dated, on left foreground: ‘H. Pickering pinxt, 1746’. A full-length portrait of Colonel Edmund Winn, brother of Sir Rowland Winn, 4th Bt, standing, in officer's uniform, within an architectural frame. He wears the red uniform of the 1st Foot Guards. On the right a tent, and in the left distance an encampment. The frame is crowned by the Winn eagle and coat of arms, and is decorated by Minerva, goddess of war.

Brockwell 1915 Maurice Walter Brockwell, Catalogue of the Pictures and Other Works of Art in the Collection of Lord St Oswald at Nostell Priory, London 1915, cat. no. 325