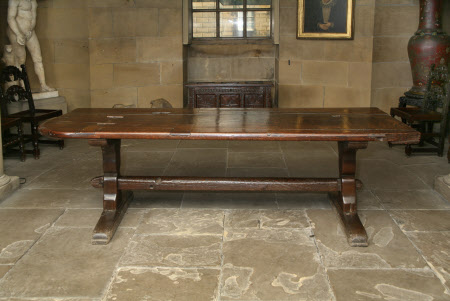 An oak trestle-type table, English, circa 1700, the top probably from an earlier table. The planked top lacking cleats and rounded at one end - in all probability it has been reduced in size - raised on shaped trestle end supports joined by a plain foot stretcher.