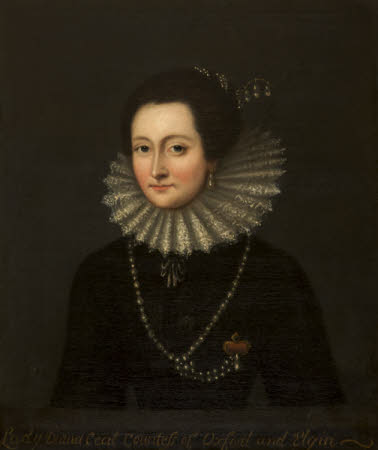 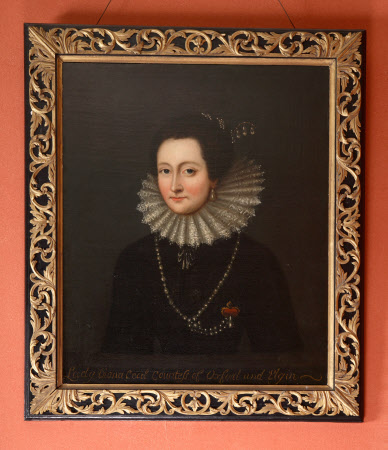 Oil painting on canvas, Lady Diana Cecil, Countess of Oxford and Elgin (1596 - 1654), after Cornelius Johnson (London 1593 - Utrecht 1661). A half-length portrait of a mature woman, turned slightly to the left, gazing at the spectator, wearing a black dress with stiff lace ruff, short dark hair, dressed at the back with pearls. She also wears pearl drop-earrings, and a single-strand necklace of pearls knotted at the waist and looped up to a red jewel worn just beneath the left breast. Painted inscription across the bottom: Lady Diana Cecil / Countess of Oxford / and Elgin. The Countess of Oxford and Elgin was a sister in law of the 1st Earl of Stamford.