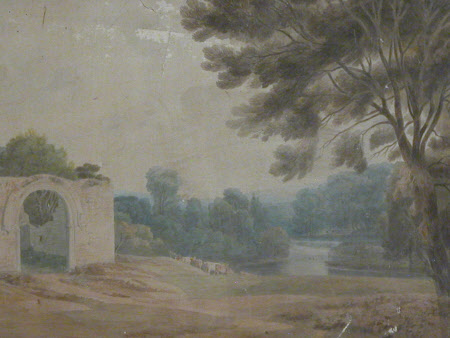 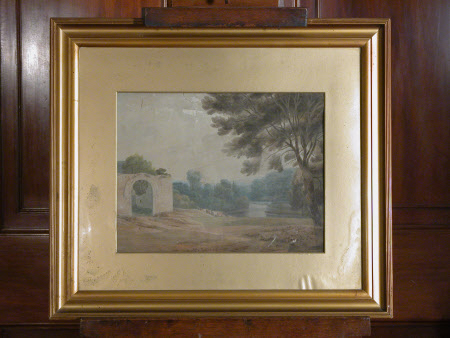 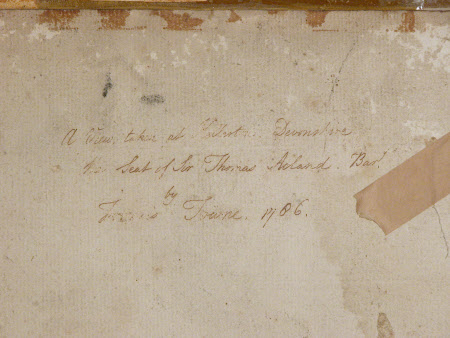 Graphite and watercolour on paper

Graphite and watercolour on paper, View of Columbjohn on the Killerton Estate, Devon by Francis Towne (Isleworth, Middlesex 1739 - London 1816), 1786. Inscribed on the back: A view taken at Killerton Devonshire / The seat of Sir Thomas Acland Bart by Francis Towne 1786. The original 16th-century mansion house that was the home of the Acland family prior to the construction of Killerton House (1778) occupied the site for hundreds of years but the only evidence of it that remains now is the stone arch of the gatehouse across the entrance to the field and the stone-built barns opposite the gatehouse both of which were built in the 16th century – though the barn had been partially rebuilt in the 19th century.