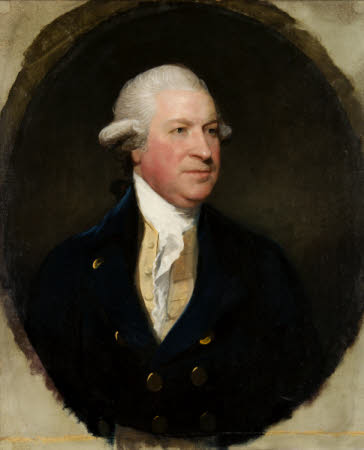 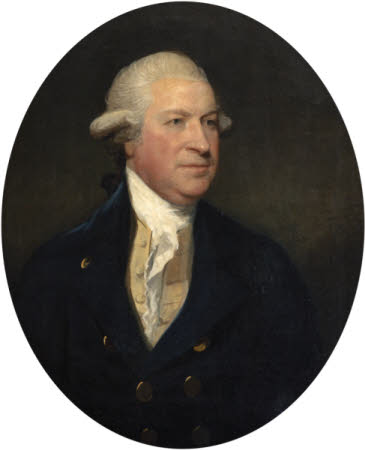 Oil painting on canvas, Richard Coffin (d.1796) by Gilbert Stuart (North Kingstown, Rhode Island 1755 - Boston 1828), inscribed on frame [erroneously] Stuart, pinxit 1781. A half- length portrait of Richard Bennett, who assumed the name of Coffin. He is facing to the right, on the left wearing a blue coat with gold buttons, buff waistcoat and white stock. He was the last male descendant of an old Devon family. Estate bequeathed to his nephews, the younger of whom eventually succeeded. The estate passed to the Rev. John Pine, whose descendants thereafter called themselves Pine-Coffin.