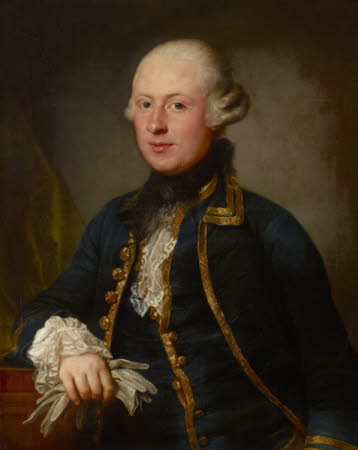 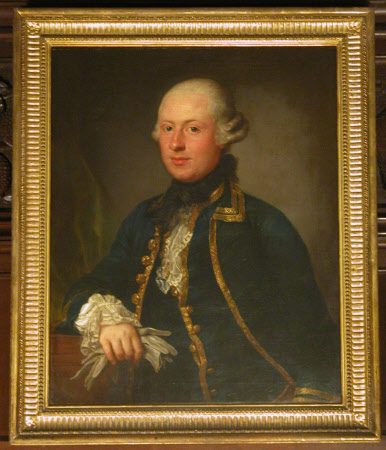 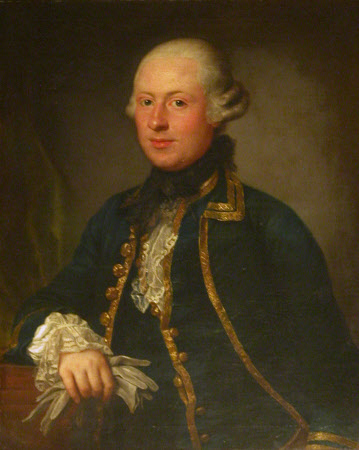 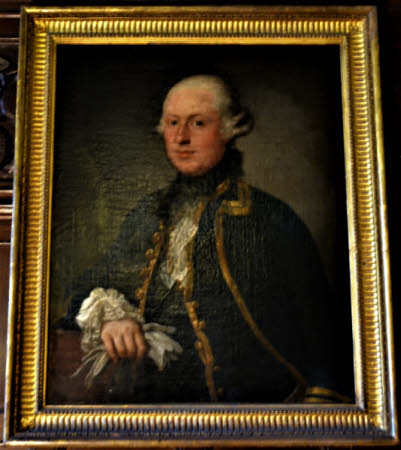 Oil painting on canvas, Thomas Charles Bigge (1739-1794) by Anton von Maron (1733-1808), signed and dated "Maron/Romae 1765". A half- length portrait on Naval uniform, blue jacket and waiscoat with gilt edges and lace coller and white short wig, facing, with his right arm leaning on a dresser, hoding his gloves in his right hand. Thomas Bigge was from Northumberland. His grandson, Charles Bigge, married Lewis Marianne Selby, in 1833. Ightham Mote was inherited by Lewis Selby's father, Prideaux Selby, in 1842. Prideaux restored the house as a home for his daughter and her young family, and several Bigge portraits were hung in the Great Hall at Ightham Mote between 1842-1889. The picture hang is recorded in contemporary photographs of the room. Ightham Mote was sold in 1889 following the death of Marianne's eldest son, Charles Selby-Bigge, and the Bigge portraits descended to his great-granddaughter Cynthia Selby-Bigge, Mrs Coode-Adams. Four portraits were lent to Ightham Mote by Mrs Coode-Adams in 1986 of which two remain on loan at Ightham Mote. The portrait of Thomas Bigge and the portrait of his wife Jemima Ord by Angelica Kauffman sold at auction at Christie's in June 2006.