Roses, Tulips and Crown Imperial in a Vase with a Bird's Nest 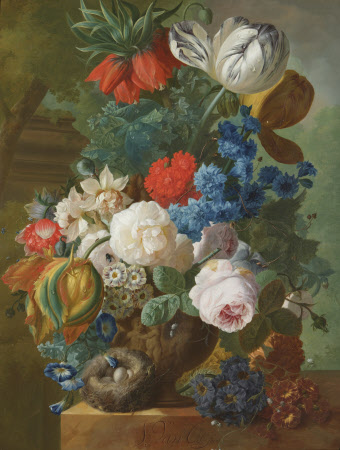 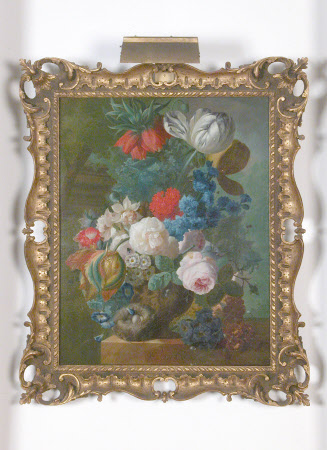 The collection of Dutch flower paintings on show in the Library were collected by Francis Darby and hung for many years at Sunniside, his house at Coalbrookdale. They were brought here in 1966 by Lady Labouchere, who was related to the Darbys through her maternal grandmother Alice Mary.

Oil painting on canvas, Roses, Tulips and Crown Imperial in a Vase with a Bird's Nest by Jan von Os (Middleharnis 1744 – The Hague 1808), signed lower centre on ledge: J.Van Os fecit, circa 1770. Floral still life of roses, tulips, a Crown Imperial and other flowers in a vase decorated with putti on a stone plinth with a small bird's nest on the left containing spotted eggs. Wooded landscape in background. Fly on one of the flowers.