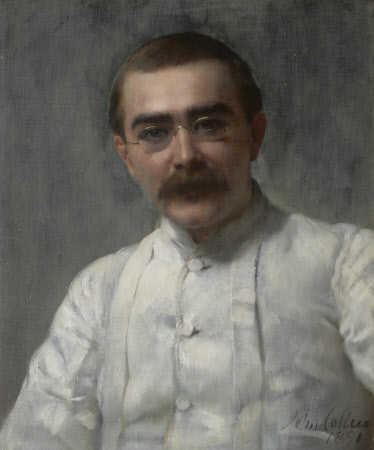 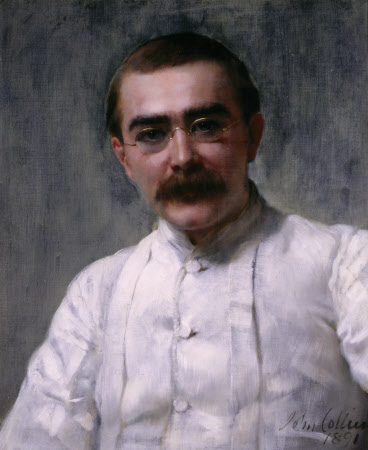 Kipling's indian connections are brought to the fore in this portrait in which he wears a white 'kurta' or tunic. He was born in Bombay and though educated in England returned to India where he published stories and poems for the British community. This portrait of Kipling was painted during a period spent in London at the height of his early fame. In it, he wears his familiar round, metal-rimmed spectacles and looks straight out at the viewer in a relaxed manner.