Peasants by a Shelter: Coney Catchers 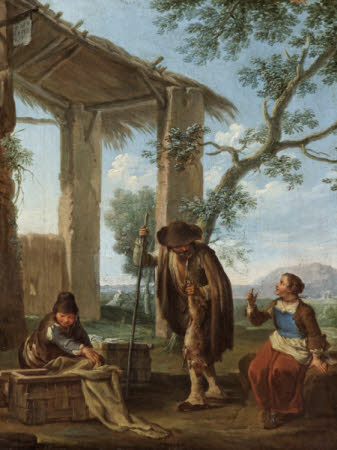 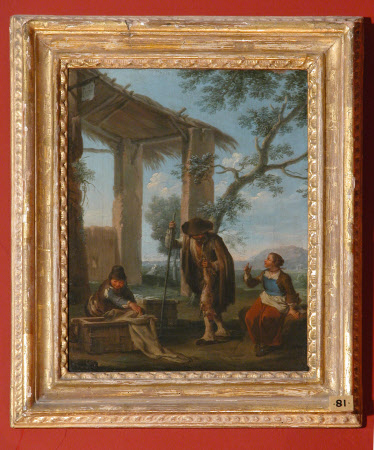 Oil painting on canvas, Peasants by a Shelter: Coney Catchers by Paolo Monaldi (1720 -1799), circa 1750 -1799. A woman seated at the right, a boy on the left with a basket, and a peasant carrying a dead rabbit standing in front of a shelter in the centre.

Verso: Inscription in pencil on back of stretcher: Top Picture Right Handside / of Door into Lobby Verso: Cipher on back of canvas Verso: T.R.D. :on stretcher in black wash