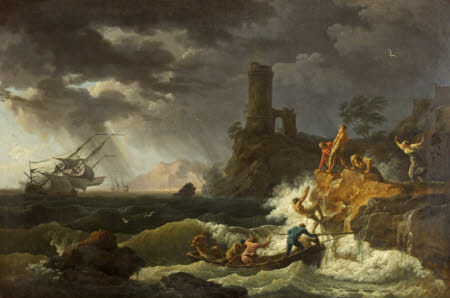 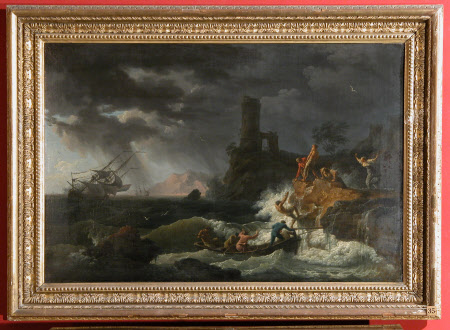 Oil painting on canvas, Midday: Storm and Shipwreck, studio of Claude-Joseph Vernet (Avignon 1714 -Paris 1789), circa 1760. The scene is very dark with black clouds. Only in the distant background the sun shines on cliffs as a contrast. On the left a three masted ship heels over dangerously to the right. In the foreground, on the right, waves lash against the rocks and a group of figures attempt to rescue survivors from a lifeboat. A couple pull a man up by a rope. A woman standing on the land has her arms outstretched almost in despair. In the middle ground behind them is a ruined turret on a prominent rock.

Recto: No. 35 affixed to frame on bottom lower right corner