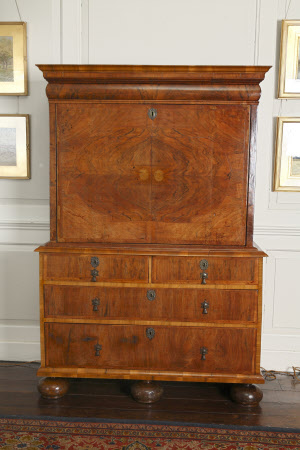 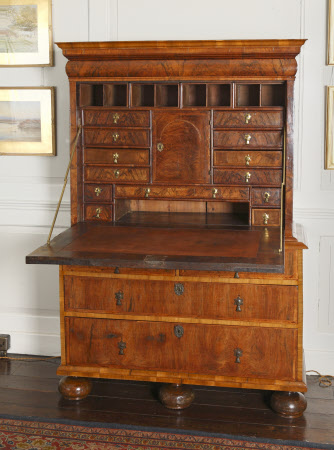 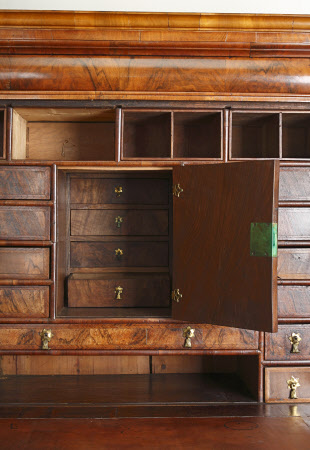 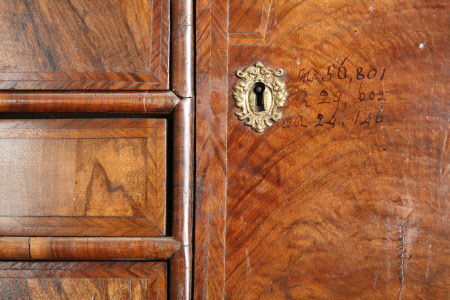 A feather banded walnut escritoire, or scriptor on chest, English, circa 1690 - 1710. Adapted from a cabinet on chest, originally having a pair of cupboard doors, these have now been joined and hinged as a writing fall. The upper section with a moulded frieze drawer and fall, enclosing a fitted interior of eight open compartments above a door flanked by four drawers either side. Five drawers around an open space at the base and four further drawers within the cupboard recess. The lower section with two short and two long drawers, raised on later bun feet. Some alteration, re-veneering and later brassware.