The Three Eldest Children of King Charles I (after Van Dyck) 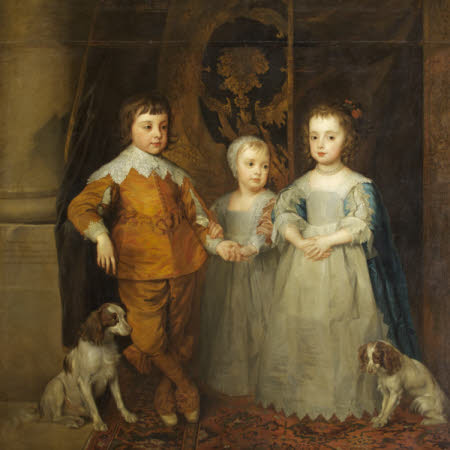 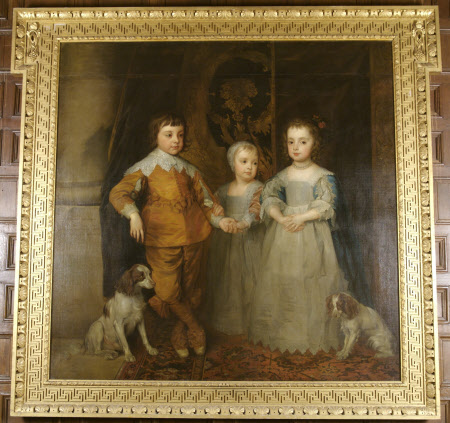 This is a version of an original painting in the Royal Collection. It is on loan from Stourhead (NT). It is a charming and very popular image of the royal children. There are many copies of this composition and of the later, larger portrait with five children, which can be found throughout all the National Trust collections. Its appeal extended beyond supporters of the Stuarts.

Oil painting on canvas, The Three Eldest Children of King Charles I (after Van Dyck) after Sir Anthony Van Dyck (Antwerp 1599 - London 1641), by an unknown artist, possibly 18th century. A full-length, standing portrait group, left to right: Prince Charles, later King Charles II, James, Duke of York, later King James II and Princess Mary Henrietta, Princess Royal, later Princess of Orange. Charles, who is wearing breeches, and James, still in a young boy's skirt, are holding hands. There is a King Charles spaniel on either side of the children. On loan from Stourhead, where it hung in the overmantel of the Saloon before the fire of 1902. After the original, signed and dated 1635, which is in the Royal Collection.