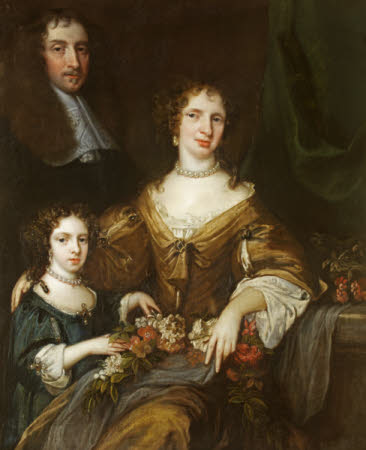 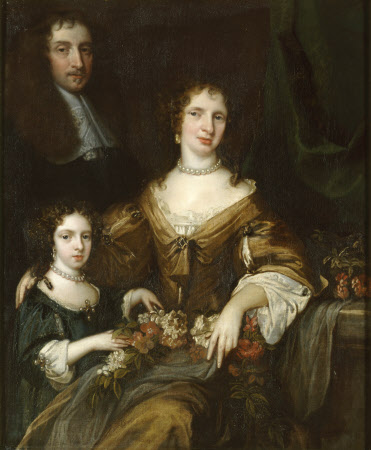 Oil painting on canvas, Dr Peter Barwick (1619 - 1705), his wife, Anne Sayon and daughter Mary, later Lady Ralph Dutton (d. 1721/3) by Jacob Huysmans (Antwerp c.1630 – London 1696), circa 1670. A group portrait of Dr Peter Barwick and his family. He stands behind his wife, a merchant's widow and a kinswoman of the judicially murdered Archbishop Laud, and daughter on the left. His wife is sitting in the centre, wearing an ochre velvet dress and a pearl necklace and their daughter stands on the left touching a garland of flowers which rests on her mother's lap. Her mother's left arm rests on a plinth on the right.