Embarkation of George IV from Whitehall: the Opening of Waterloo Bridge, 1817 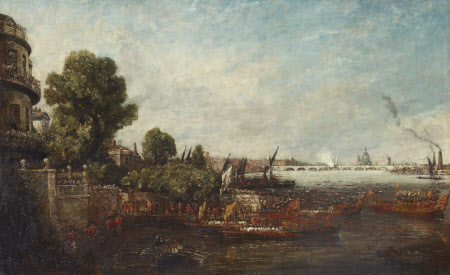 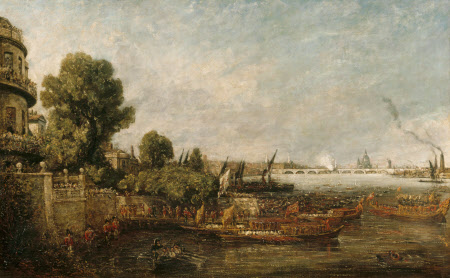 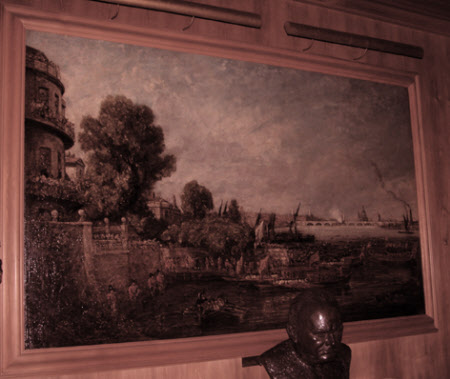 Waterloo Bridge was opened by the Prince Regent on the second anniversary of the battle. Constable was present at the opening and his many sketches of the subject and full scale paintings illustrate his attempt to record the scene, which culminated in the exhibition of a slightly smaller version of this picture (now in the Tate) at the Royal Academy in 1832. He was doubtless inspired by Canaletto’s brilliant water pageants in Venice. As Constable began the Waterloo Bridge series of paintings at the same time as his success with The White Horse, it may have been envisaged as a metropolitan counterpart, full of the pageantry and colour of urban life, in contrast to the quiet country scene. It is probable that he had some difficulties in bringing it off precisely because the locale lacked the memories and childhood associations of the Stour valley area.