A Setter seated in a Landscape 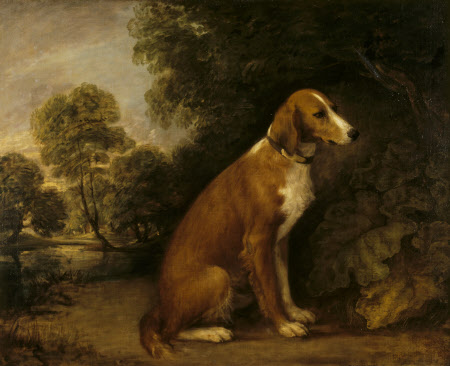 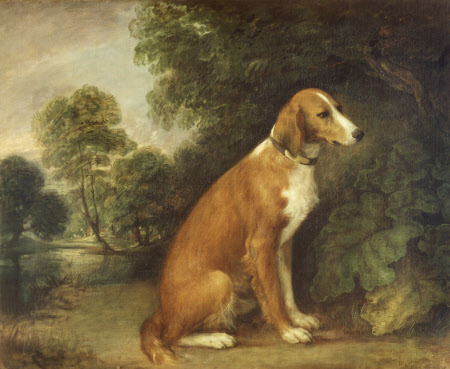 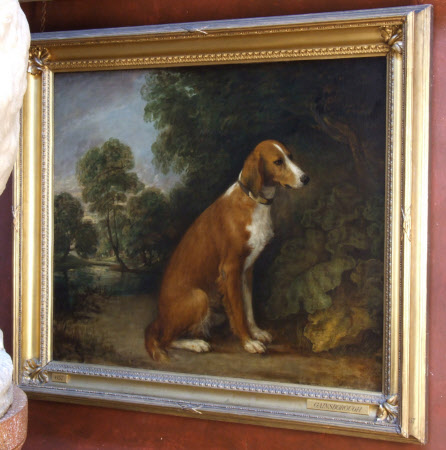 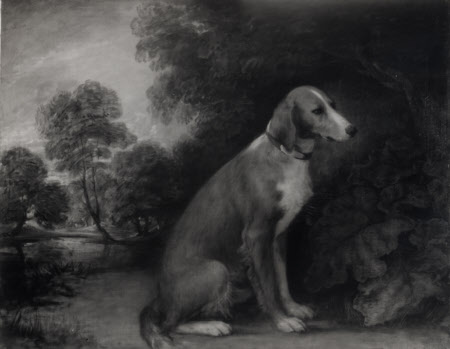 Oil painting on canvas, A Setter seated in a Landscape by Thomas Gainsborough RA (Sudbury 1727 - London 1788), circa 1774. A tan and white setter, seated profile right against a background of trees and bushes. A bank on the right; a glade in left background.

Probably bought by George O'Brien Wyndham, 3rd Earl of Egremont (1751-1837) from the sale of Thomas Lister Parker of Browsholme Hall (Christie's, lot 111, Feb 20 1824 'A Portrait of a Setter Dog') for £7.7. Recorded at No. 4, Grosvenor Place, London in 1837 and at Petworth House in 1856; thence by descent, until the death in 1952 of the 3rd Lord Leconfield, who had given Petworth to the National Trust in 1947, and whose nephew and heir, John Wyndham, 6th Lord Leconfield and 1st Lord Egremont (1920-72) arranged for the acceptance of the major portion of the collections at Petworth in lieu of death duties (the first ever such arrangement) in 1956 by HMTreasury; formal transfer of ownership on 20 September 1990 to the National Trust