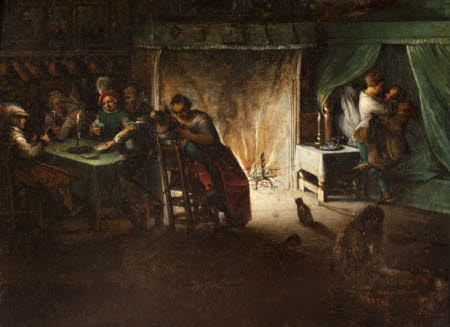 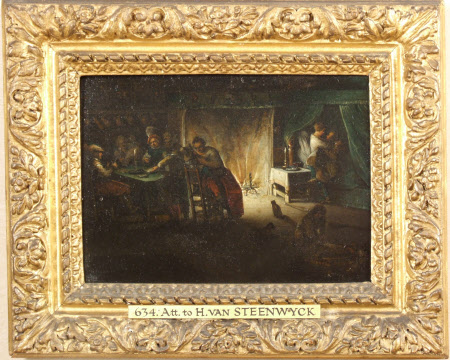 This picture shows the interior of a night club, or brothel, with men playing at cards, and a couple cavorting on a bed. However, the artist’s interest lies more in his ability to create an atmospheric interior, lit with artificial light.

Oil painting on copper, A Bagnio, attributed to Hendrick van Steenwijck the younger (Antwerp c.1580 - Leyden 1649). An interior scene of men playing cards, at left and in the centre a fire; in the background at right, a man and a woman can be seen by a bed.