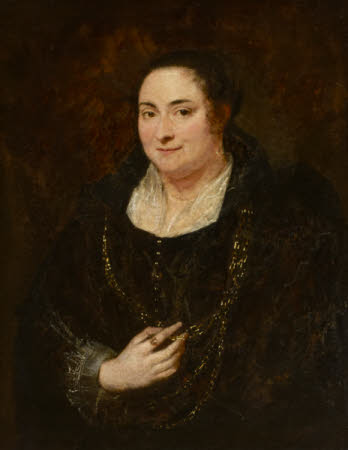 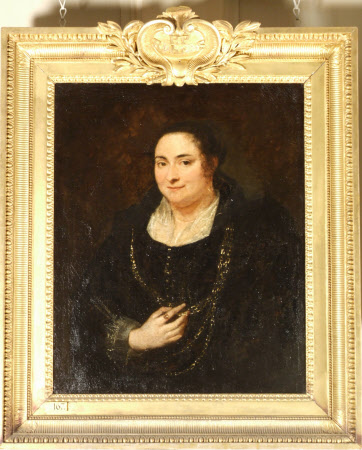 This picture was formerly attributed to Rubens, whose name still appears on the frame. However, stylistically, it is much closer to his pupil, Van Dyck. X-ray photographs have revealed a number of sketches beneath the figure, including a pointing hand, a bare tree, as well as figural studies. The technique found in the X-ray is not that usually encountered with Van Dyck. The black ground which is seen here is caused by a lack of white lead in the paint; whereas X-rays of paintings by Van Dyck normally have a mottled effect produced by a mixture of white lead, and the painting on top, due to the opaqueness of this ground, tends to be almost invisible.