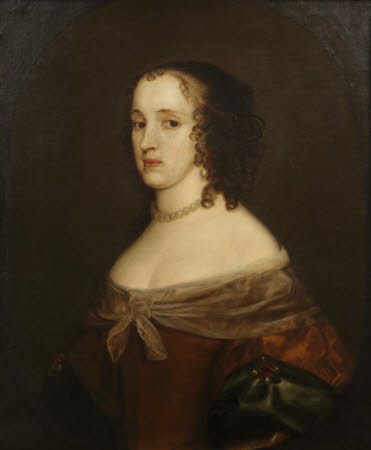 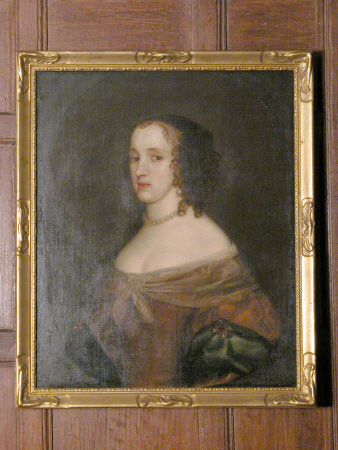 Presumably the picture first (?) recorded by James McMullen Rigg in his entry on Jane Lane in the old DNB in [year](vol.??, p.516), as “Her portrait, attributed to Lely, with one of Charles [II] painted expressly for her in 1652, now in the possession of Mr Lane of Kings Bromley Manor, Staffordshire, the direct descendant of [her brother] Colonel [John] Lane of Bentley [Hall]. The features are said to resemble those of Anne Bolyn.”; lent to the RA by Henry H. V. Lane in 1910; given on loan by Mrs P. Sanguinetti (d. 1982) for display at Moseley Old Hall in February 1971; by descent to her son Mr Thomas Ronald Henry Lane and given on loan by him for continued display at Moseley Old Hall in January 1983; by descent to his sister Miss Jane Lane (d. 2013) and transferred by her to the ownership of The National Trust in January 2007.