A Man with a Gun, called 'Mr Poyntz of Bath' 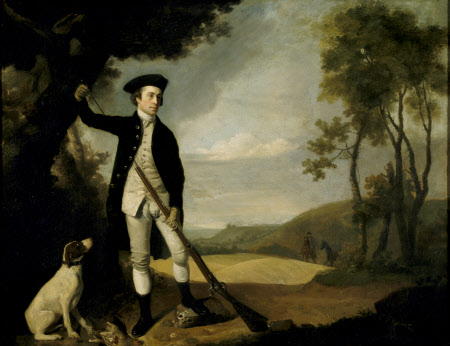 Oil painting on canvas, A Man with a Gun, called 'Mr Poyntz of Bath', British (English) School, possibly John Hamilton Mortimer ARA (Eastbourne 1740 – London 1779), 1769-1778. A full-length portrait of a young man standing in a landscape, left, wearing a dark green coat with white waistcoat and breeches and black hat, drawing the cleaning rod from his gun; a pointer and dead partridge at his feet; a groom with two horses appearing over the brow of a hill at the right.