King George III and his Family 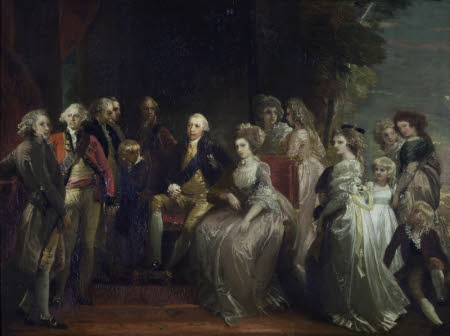 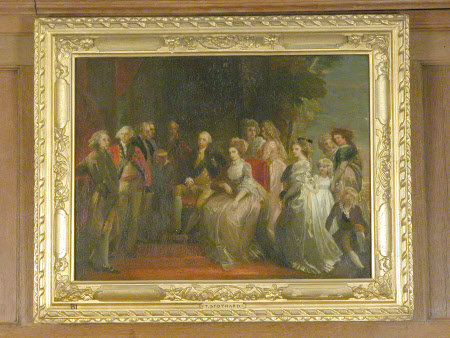 It is not entirely clear how this portrait came to be painted, because Stothard is not known to have ever worked directly for the Royal family. It must either have been a speculative undertaking or a private commission. The artist painted at least one similar subject, ‘The Marriage of the Prince of Wales’, but again, little is known of its commission. Stothard would not have secured actual sittings with the Royal family for such an informal project, but would have used a variety of different existing representations of the various sitters. The identities of the various Royal children can be ascertained with reference to a stipple engraving of 1820, in which the sitters are numbered in order of their birth.