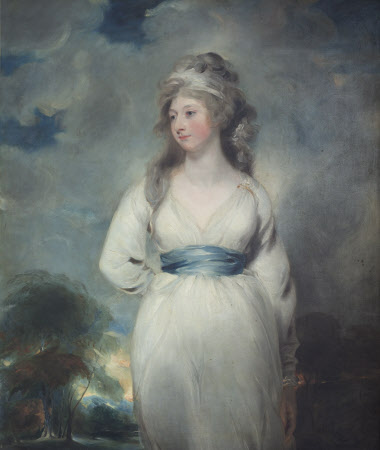 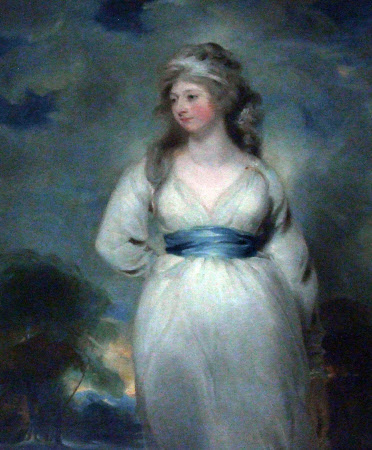 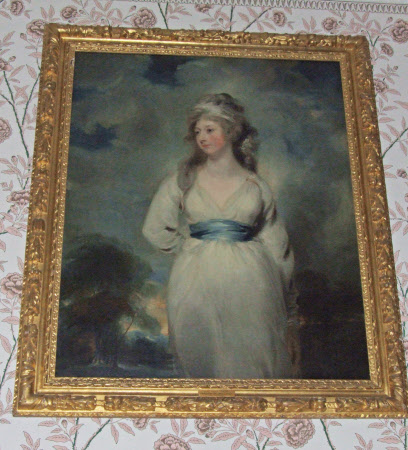 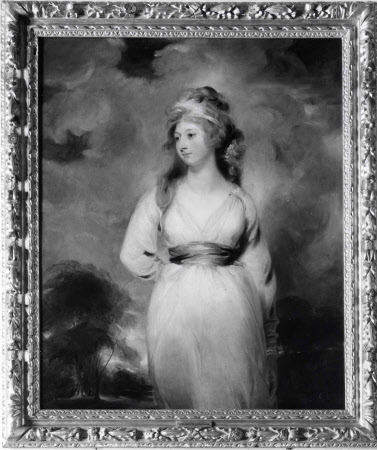 This is a copy of the portrait in the collection of Lord Londonderry. Lady Amelia Anne Hobart was the daughter of the 2nd Earl of Buckinghamshire. To her family she was known as ‘Emily.’ In 1794 she married Lord Castlereagh, 2nd Marquess of Londonderry.

Oil painting on canvas, Lady Amelia (Emily) Anne Hobart, Vicountess Castlereagh, Marchioness of Londonderry (1772-1829), after Sir Thomas Lawrence, PRA (Bristol 1769 – London 1830), after 1794, 19th century. A three-quarter-length portrait of a young woman, wearing white dress with blue sash around waist, standing in a landscape. Frame label 'Lady Emily Hobart, Viscountess Castlereagh, after Lawrence'. Youngest daughter of the 2nd Earl, she married Viscount Castlereagh, later 2nd Marquess of Londonderry, in 1794 and was styled Emily Stewart thereafter. Copy after the original painting of 1794 in the Londonderry collection on loan to Mount Stewart, Northern Ireland, NT 1542309 and another copy of which is also at Mount Stewart, NT 1220992.