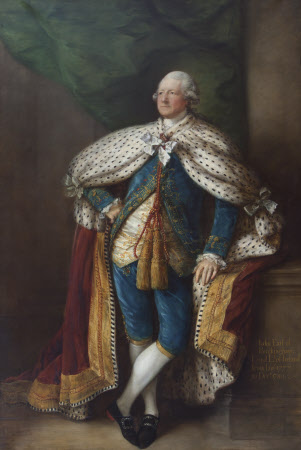 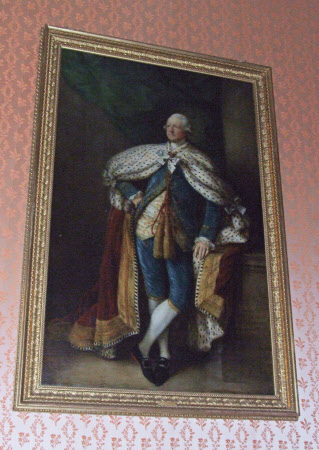 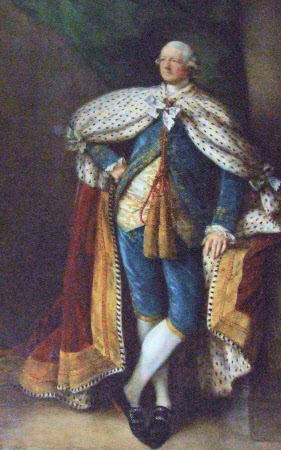 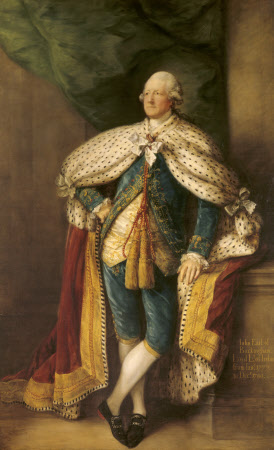 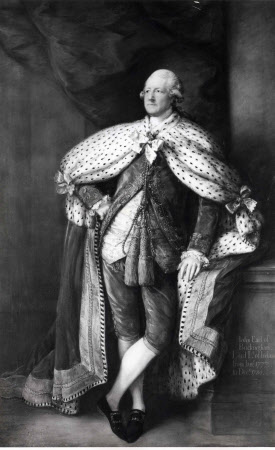 John Hobart succeeded his father in 1756 and was responsible to the Georgian alterations to Blickling. His official appointments included Ambassador to Russia (1762-65) and Viceroy of Ireland (1776-80). Horace Walpole called him ‘The Clearcake: fat, fair, sweet, and seen through in a moment.’ He married Mary, daughter of Sir Thomas Drury, and his elder daughter married the 6th Marquess of Lothian. It was through this marriage that Blickling ultimately passed to the 8th Marquess. His second wife, Caroline Conolly, is the subject of Gainsborough’s companion portrait. This picture and its companion, along with six other pictures were submitted to the 1784 Royal Academy exhibition. Gainsborough threatened to withdraw all pictures if they were hung too high, a threat which he carried out. He never again exhibited at the Academy.

Oil painting on canvas, John Hobart, 2nd Earl of Buckinghamshire (1723-1793) by Thomas Gainsborough RA (Sudbury 1727 - London 1788), 1784. Painted in lower right corner 'John Earl of Buckingham (sic), Lord Lieutenant of Ireland from Jan'y 1777 to Dec'r 1780'. A full-length portrait gazing to the left, in court dress with his peer's cloak, Crimson velvet robes with gilt brocade and ermine trimmed border, lining and cape with two large gilt tassels. Blue-green velvet coat and breeches, with embroidered satin waistcoat. Lace trimmed cuffs, white stockings, black shoes with silver buckles. Evidently for this room, so as to consort with the depictions of the sovereign to whom he had been accredited as ambassador. Ensuite with portrait of Caroline Connolly.