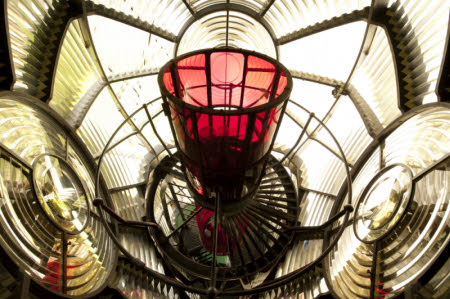 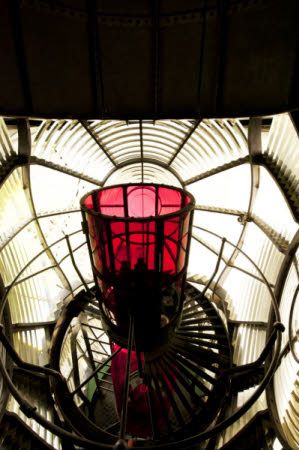 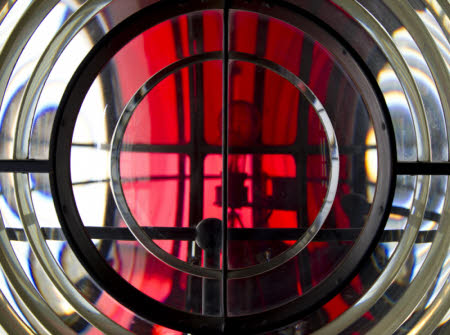 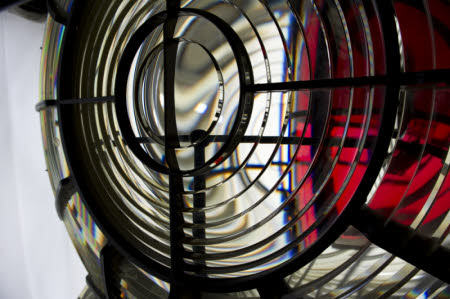 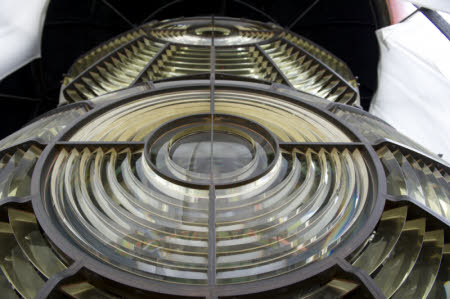 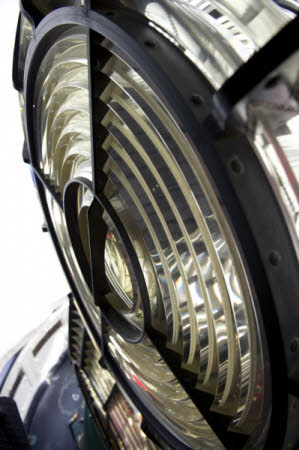 Souter and the Leas, Tyne and Wear

This is the lens at Souter Lighthouse, Tyne & Wear. Souter Lighthouse stands on the coastline midway between the Tyne and the Wear. Unlike most lighthouses of the time, which used gas and oil lamps, Souter was the first lighthouse in the world built to be powered by electricity. Before the lighthouse was built in 1871, this coastline was the most dangerous in the country due to the high number of ships that were wrecked on the dangerous reefs of Whitburn Steel.

Biform optic or lens with a wide base turntable of metal, the catadioptric lens has three faces consisting of 1008 pieces of glass set in a metal frame. This is supported on an iron base with twelve guide wheels which keep the lens in place as it effortlessly rotates on a flotation tank of mercury. When in use the light turned at four revolutions per minute. Originally Souter was a white light, but in September 1919 it was changed to red. The filter is visible through gaps in the lens.