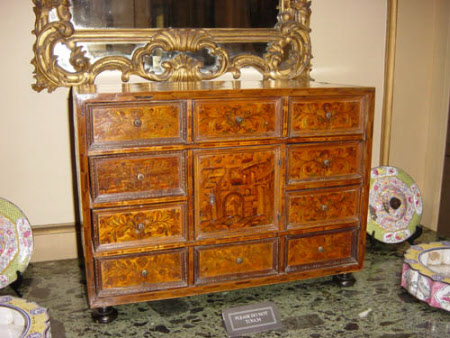 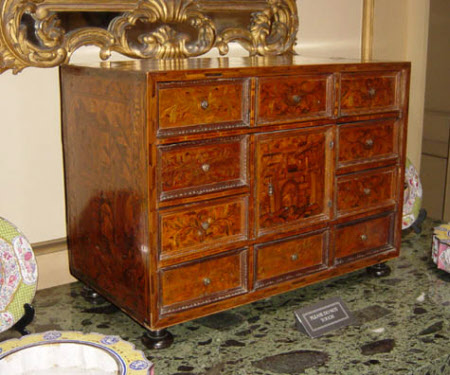 A sycamore and stained fruitwood marquetry table cabinet, South German, probably Augsburg, last half of the sixteenth century. Possibly once with a fall, or pair of hinged doors, enclosing the interior. Now with nine small drawers with edge mouldings surrounding a central small cupboard door. Raised on four ebonized bun feet. The top inlaid with flowers and leaves in a roundel, and sprays of peonies and tulips. The sides, cupboard door and drawer fronts all inlaid with architectural and foliate marquetry in various stained woods.