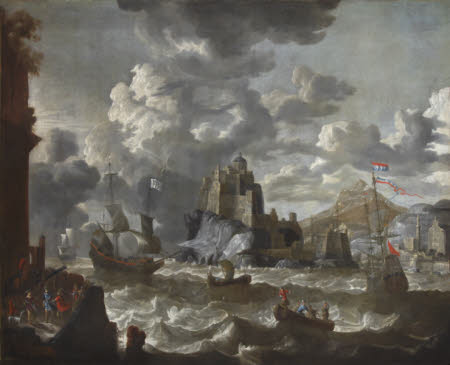 Oil painting on canvas, A Mediterranean Port Scene with Shipping in Choppy Seas and Fort in the centre by Pieter van der Velde (1634- after 1687).

Bought Sotheby's, London, 17th February 1988, lot 54; became the property of the National Trust, by donation, with all profits henceforward benefiting the houses and the charity, from Historic House Hotels Ltd and all its interests in Hartwell House and the other two Historic House Hotels, Bodysgallen Hall and Midddlethorpe Hall, in September 2008