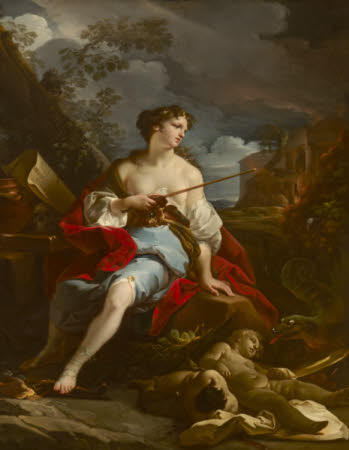 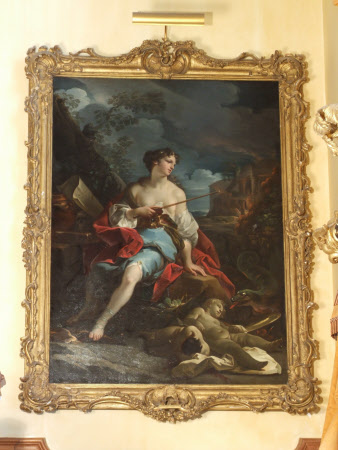 Oil painting on canvas, Medea by Corrado Giaquinto (Molfetta 1703 - Naples 1765), circa 1750/52. Medea seated in a stormy landscape, holding a wand in her right hand, her two dead children at her feet to the right with a dog-headed serpent behind them. Temple in right background. The sorceress-princess of Colchis is shown with the corpses of Jason's two children whom she murdered in revenge for Jason's divorcing her to marry Glauce. Giaquinto was of south Italian origin, but spent most of his career in Rome and Spain, from 1753 - 62. A half-length version of this picture is in the Pinacoteca, Montefortino. Two exquisite sketches by the artist have been acquired by the National Gallery.