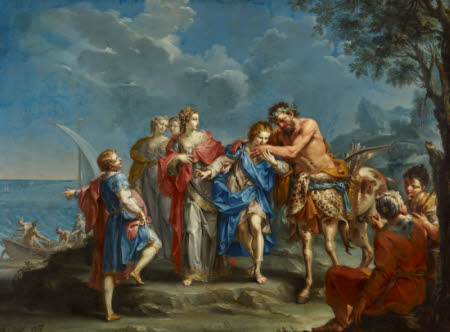 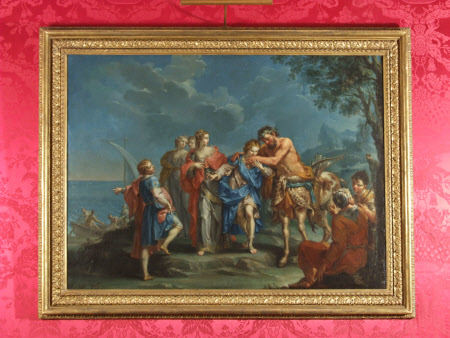 Oil painting on canvas, Achilles takes leave of the Centaur Chiron by Giuseppe Marchesi (Bologna 1699 - Bologna 1771), circa 1720. Previously catalogued as Ercole Graziani the younger (1688-1765), a fellow Bolognese with whose works his have until recently frequently been confused, this has been described as 'the masterpiece of Marchesi's early activity'. Chiron was the wisest of all the centaurs and was entrusted with the education of Achilles, Jason and Aesculapius.