Mamillius conjuring up Sprites and Goblins for his Mother, Hermione (from William Shakespeare's 'The Winter's Tale', Act II sc. i) 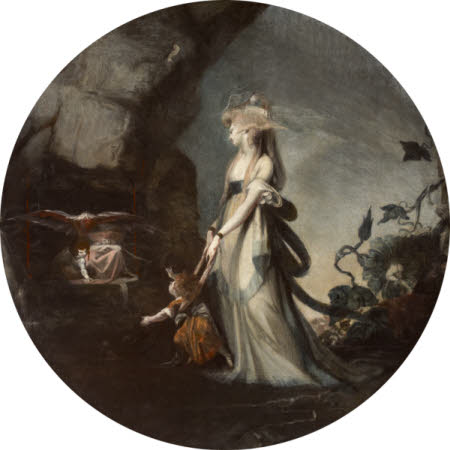 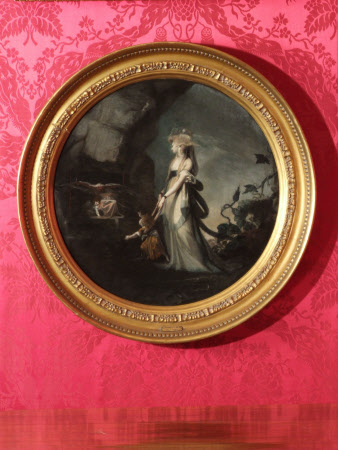 Oil painting on canvas (circular), Mamillius conjuring up Sprites and Goblins for his Mother, Hermione from William Shakespeare's 'The Winter's Tale' (Act II, sc. i) by Henry Fuseli (Zurich 1741 - London 1825), 1785-1786. Mamillius, held in leading-strings by his mother, Hermione, strains towards a vision of sprites and goblins in the rocks. In this tondo Fuseli has chosen to illustrate the opening of the first scene of Act Two of 'The Winter’s Tale', in which Queen Hermione, having got over her irritation with her son Mamillius, has the following exchange with him (the one that gives the play its name): Hermione: “What wisdom stirs amongst you? Come sir, now I am for you again. Pray you sit by us, and tell’s a tale.” Mamillius: “Merry or sad shall’t be?” Hermione: “As merry as you will.” Mamillius: “A sad tale’s best for winter. I have one of sprites and goblins.” Hermione: “Let’s have that, good sir. Come on, sit down; come on, and do your best to fright me with your sprites; you’re powerful at it.”