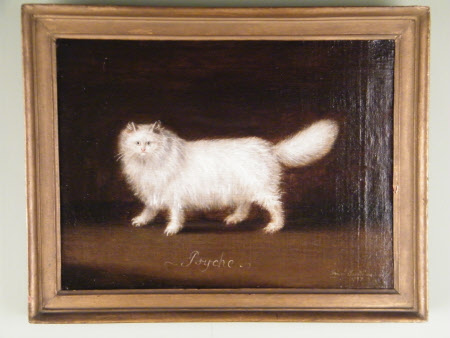 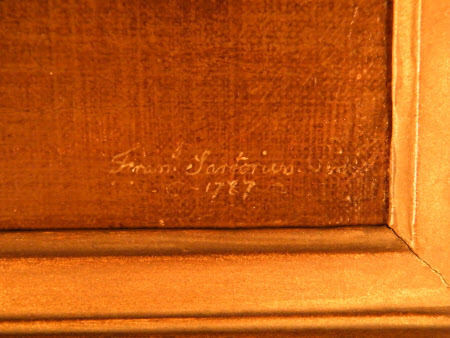 Domestic cats, and certainly Persians, were still something of a novelty when Psyche was painted in 1787. The breed had not long been imported from France, where it was popular in wealthy households. It is said they arrived in Europe via Italian Pietro della Valle in 1626, who discovered the ‘very beautiful species’ while on his travels. Back then, Persians had longer noses than the flat-faced cats we know today, but Psyche still sports their characteristic mounds of white fur. With his bright blue eyes, Psyche wasn’t a typical subject for his painter. Francis Sartorius (1734–1804) was actually a popular sporting artist, well known for his pictures of racehorses. Today his oil painting of Psyche hangs in Fenton House’s Green Room, which contains a variety of animal objects, including ceramic hares and dogs, and another Sartorius painting, A Terrier (NT 1449092.1).

Bequeathed by Katherine Salting, Lady Binning (1871 - 1952) to the National Trust as part of the contents of Fenton House