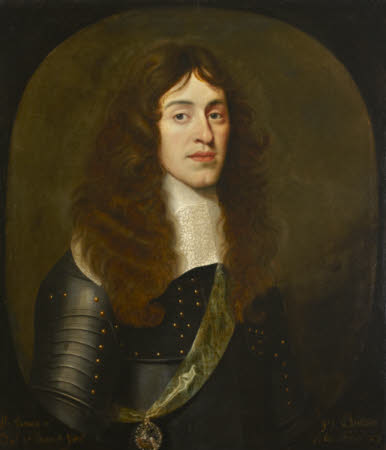 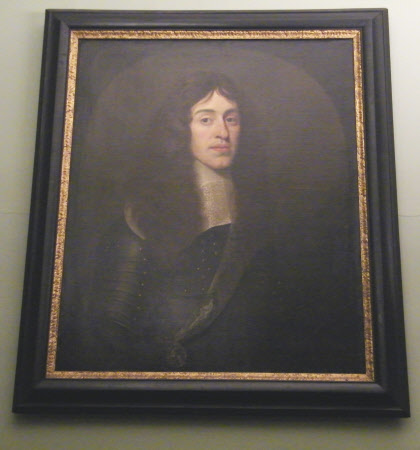 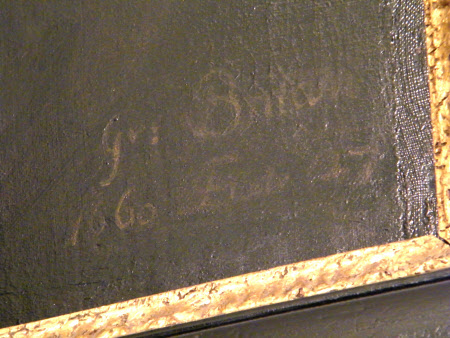 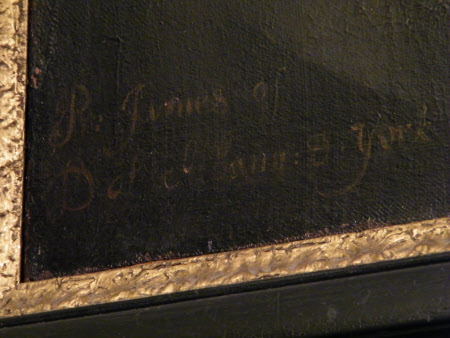 The inscription on this painting identifies the sitter as James, ‘Duke of Albany and York’, and states that it was painted in 1660, when he was 27 years old. However, the script is almost certainly modern or over-written. He is shown wearing a cuirasse and the Lesser George of the Order of the Garter. The Duke of York was painted by Luttichuys and by Woutier. Both portraits were engraved and it is probable that this portrait is a derivation of one or other of these engravings. The portrait is painted in the manner of some of the early portraits by Honthorst.

Oil painting on canvas, King James II (1633–1701) as Duke of York, aged 27, attributed to Simon Luttichuijs (London 1610 - Amsterdam 1661), inscribed in bottom left-hand corner: "Pr. James of /Gt :Britain/ Duke of Albany and York/ 1660 Aetatis 27. A painted oval portrait, wearing a cuirasse, a deep lace collar, and the Lesser George of the Order of the Garter.

McEwan family, Marchmont House, Berwickshire; bequeathed by Katherine Salting, Lady Binning (1871 - 1952) to the National Trust as part of the contents of Fenton House