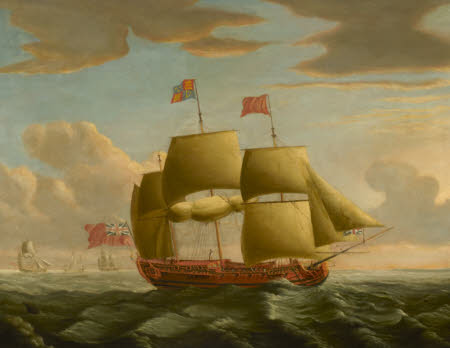 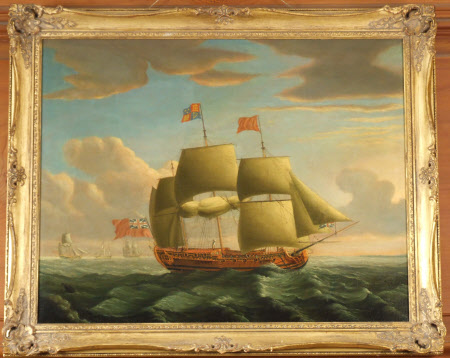 Oil painting on canvas, HMY Royal Caroline in a Stiff Breeze, after John Cleveley the elder (Southwark c.1712 – Southwark 1777), late 18th century. HMY Royal Caroline was a ship-rigged royal yacht. She was ordered in 1749 to replace HMY Carolina as Britain's principal royal yacht. She was built at Deptford Dockyard under the supervision of Master Shipwright John Hollond to a design by Surveyor of the Navy Joseph Allin. She was launched on 29 January 1750, renamed HMY Royal Charlotte in 1761, and was broken up in 1820.

Believed to have been owned by Captain Thomas Baker of the East India Company; given with Owletts in 1938 by Sir Herbert Baker (1862 - 1946)