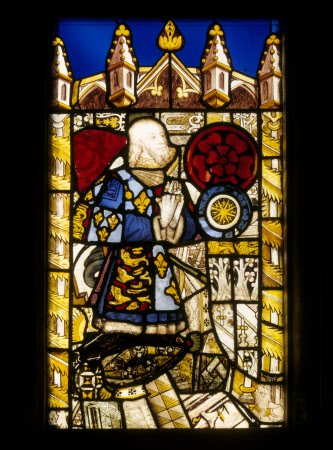 From the Church of St Peter Mancroft, Norwich. Part of the stained glass collection amassed in the mid-nineteenth century by William Howe Windham (1802-1854) Part of the Windham Collection. The hall and contents were bequeathed to the National Trust in 1969 by Robert Wyndham Ketton-Cremer (1906-1969).