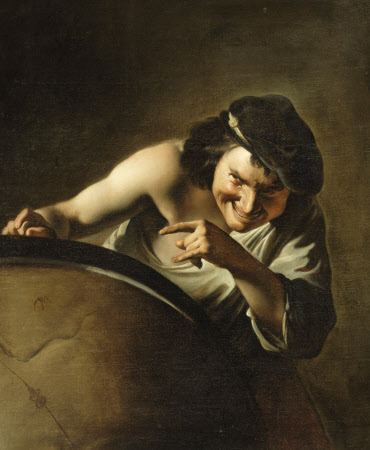 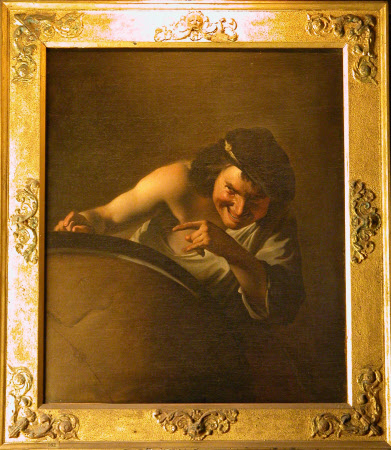 Oil painting on canvas, Democritus (c.460-370 BC): the 'Laughing Philosopher' by Paulus Moreelse (Utrecht 1571 - Utrecht 1638) or attributed to Johan Moreelse (b. before 1594 -1634) signed with monogram, PM. A head-and-shoulders view of a laughing man, turned slightly to the left leaning over a globe and wearing a grey robe draped over his left shoulder. A pair with NT 129860. Another version or replica is in the Mauritshuis, The Hague and has long been attributed to Johan Moreelse, the brother, or more probably the son of of Paulus, whose monogram is slightly different. The Knole picture had also been re-attributed to Johan by, amongst others, Benedict Nicolson (1914 - 1977), the Caravaggesque expert and editor of The Burlington Magazine, as well as being the son of Vita Sackville-West, but the 6th Lord Sackville (1913 - 2004), uncle of the present owner, or his agent, was not happy changing it, despite compelling evidence.