The Four Doctors of the Western Church: Saint Gregory the Great 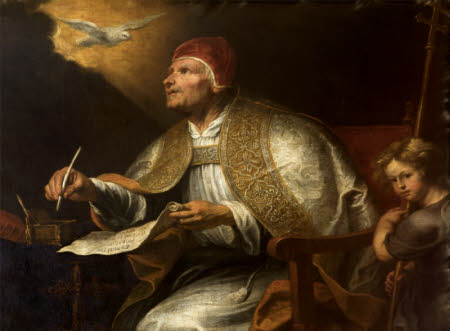 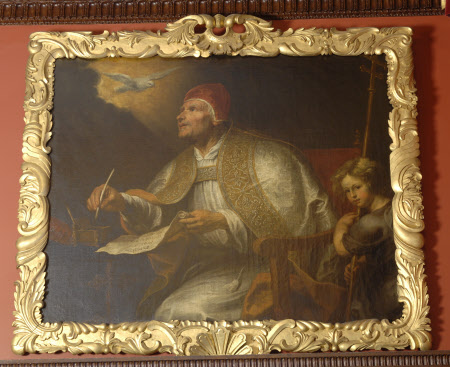 St Gregory, one of the Four Fathers of the Latin Church, is shown, quill in one hand, scroll in the other, composing his Moral Homilies, with inspiration from the Holy Ghost in the form of a dove. He was elected Pope in 590 and sent St Augustine of Canterbury to convert the English in 596.

Oil painting on canvas, The Four Doctors of the Western Church: Saint Gregory the Great, attributed to Gerard Seghers (Antwerp 1591 – Antwerp 1651). Shown three-quarter length, turned left, looking upwards towards the Holy Spirit, whilst composing his Moral Homilies. Holds a quill in his right hand, and a manuscript in his left; an angel holding a staff bottom right.