Horsemen and Peasants before a Cottage 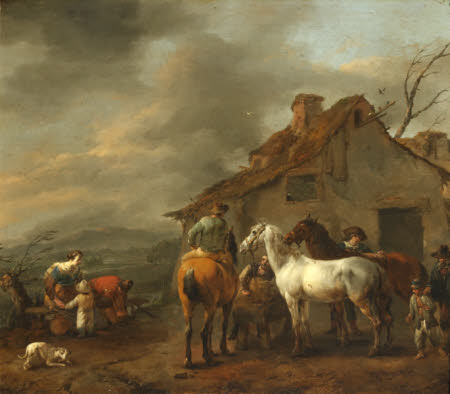 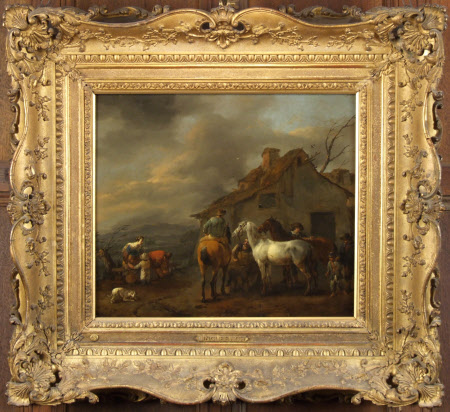 Lingelbach, an artist of German extraction who had worked in Rome, spent for most of his career in the Dutch Republic, popularising Italianate landscapes that are often populated, as in this example, by picturesque figures. With its hilly terrain and rag-tag characters, this picture evokes a world away from the urban bourgeois milieu of the artist’s Netherlandish patrons. Travel, aptly enough, is the theme: outside a wayside cottage, horsemen overseeing the feeding of their mounts are flanked on the left by a resting peasant family, and on the right by an old man being led along by a boy.

Oil painting on panel, Horsemen and Peasants before a Cottage by Johannes Lingelbach (Frankfurt am Main 1622 – Amsterdam 1674),c.1642-74, signed Lingelbach. Horsemen halted before a farm building, one of whom converses with a peasant who is putting fodder in a trough at which are two horses; at the left a peasant woman is seated with a small boy, a peasant beside her.