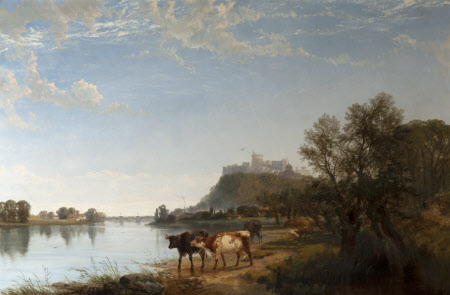 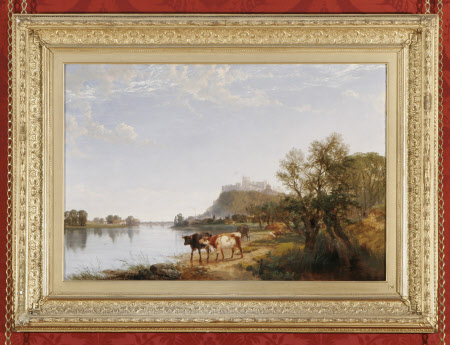 Oil painting on canvas, Windsor Castle from Clewer Meadows, by Joseph Paul Pettit (Birmingham 1812 – Balsall Heath 1882), dated 1849. A wooded landscape with the River Thames and Windsor castle in the background, and cattle in the foreground. This somewhat dramatised view of Windsor was one of Lord Armstrong’s early purchases, bought for 300 guineas around 1870, when it was attributed to Thomas Sidney Cooper, the celebrated painter of landscapes with cattle.