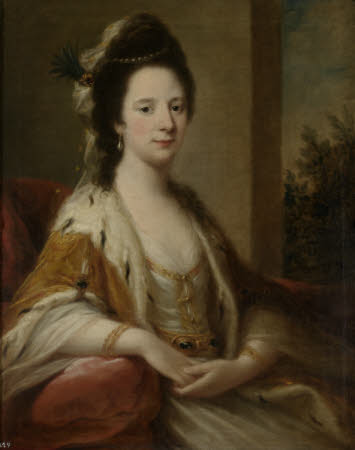 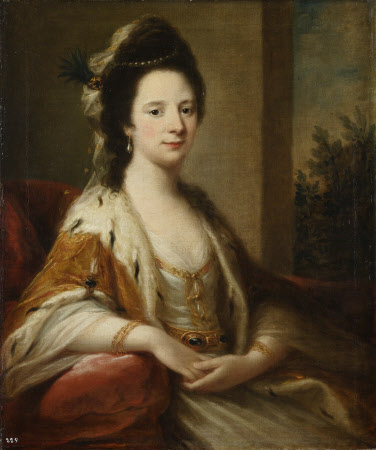 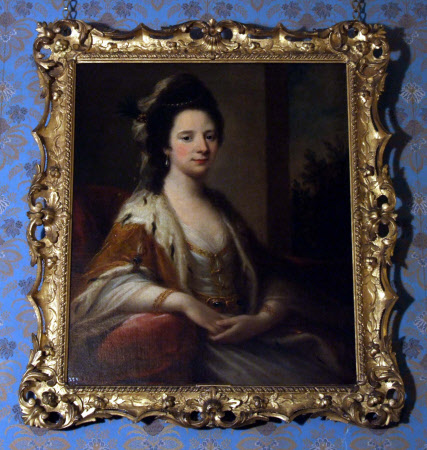 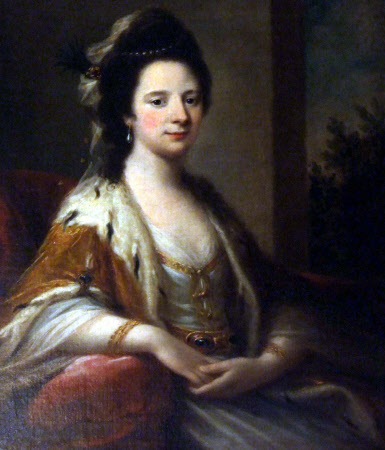 Angelica Kauffman was one of two female founding members of the Royal Academy (1768). The subject is Mary Walsh, Mrs Ralph Clavering, the great-grandmother of Augusta Clavering, who married Sir Henry-Paston Bedingfeld, 7th Baronet, in 1859. It was sold from Oxburgh in 1951 and bought back by the National Trust in 2008 thanks to generous donations including from the V&A Purchase Grant Fund.

Probably by descent from the sitter to her great grand-daughter Augusta Clavering, daughter of Edward Clavering of Callaly Castle who married Sir Henry Bedingfeld Bt of Oxburgh Hall in 1859. By descent in the Bedingfeld family of Oxburgh Hall. Listed as item number 229 in an undated picture list in the family archive (revised in 1913), which tallies with the white numbers painted at the bottom left of the canvas. It is listed as no. 54 in Duleep Singh's Portraits in Norfolk Houses 1927. Left Oxburgh Hall as a result of the auction of Oxburgh Hall and contents by Messrs J.D. Wood and C. Hawkins 1951, lot 657; Purchased by the National Trust at the Sotheby's sale, 5th June, 2008 with the help of a grant from the Purchase Grant Fund.